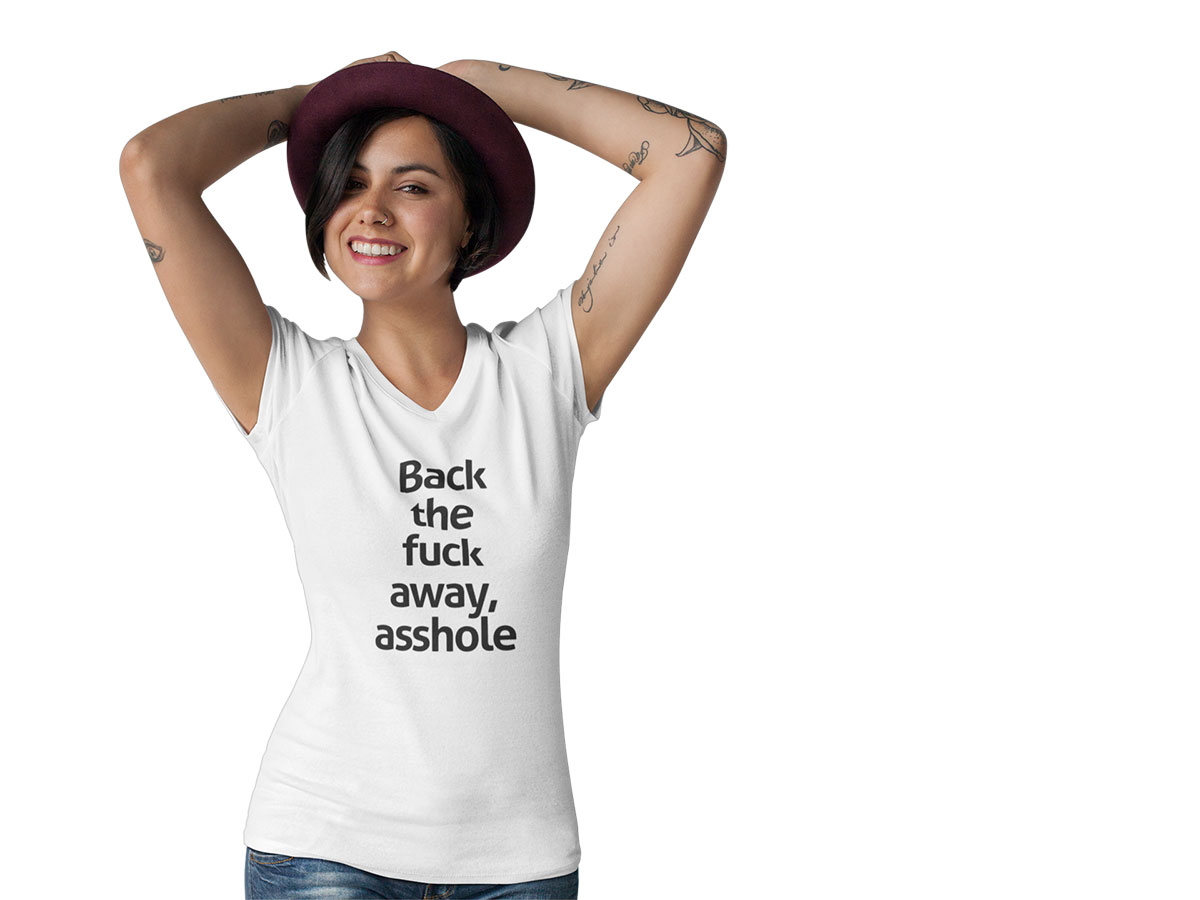 A new T-shirt campaign has been launched to alert social distancing assholes to back the fuck off.

The new T-shirts tell the assholes to back away, reminding them to keep 6 feet away from the wearer.

“I’m sick of walking down the street and coming across assholes who won’t move out of my way. I’ve made these T-shirts so that I don’t have to go repeating myself, telling these assholes to move the fuck out of the way. If they refuse to comply with my T-shirt, I have no other option than to punch them hard in their assholes faces. It’s as simple as that.”

The T-shirts have been trialed at several locations, with great success.

“Some people think it’s a joke at first but when they don’t move their fat asses out of the way, I let fly with fists of fury.”

Much of the world is currently exercising social distancing measures to slow the spread of C19.